The Use of Blood Platelets in Regenerative Medicine

Over the last two decades, many attempts have been made in the field of wound regeneration with the aim of predictably repairing, regenerating, or restoring damaged and diseased tissues. These include strategies which utilize foreign materials often derived from allografts, xenografts, or synthetically produced alloplasts to regenerate host tissues [1-4]. Although these materials have shown promise in various aspects of regenerative medicine, it is important to note that all of these methods create a “foreign body reaction”, whereby a foreign material reacts with human host tissue. This concept in wound healing has led to a push in the development of natural autologous treatment methods with the aim of controlling and improving the healing process. This desire to use autologous grafting materials to improve wound healing characteristics has led to many advancements in blood platelet therapy protocols.

The concept of gathering platelets from blood, as a means of regenerating tissue, dates back over 20 years with the advent of PRP technology. This technology was created to utilize human blood proteins as a source of growth factors capable of supporting tissue growth [5]. This area of research was of great interest for many clinicians because blood platelets have been shown to secrete a number of important growth factors that are responsible for controlling the healing process. These platelet components include: platelet-derived growth factor (PDGF), vascular endothelial growth factor (VEGF), coagulation factors, adhesion molecules, cytokines, chemokines, and a variety of other angiogenic factors capable of stimulating the proliferation and activation of cells involved in the wound healing process [6].

This understanding of blood platelet concentrations resulted in the discovery of PRP in the 1990’s [7]. Although PRP was an incredible technology for it’s time, several drawbacks prevent PRP from becoming more widely used today. Due to the centrifugation protocols implemented by the PRP process, the use of anti-coagulants is necessary to prevent clotting. These anti-clotting agents include bovine thrombin or CaCl2, both known to be inhibitors of wound healing [11]. Another drawback of PRP is the lengthy time of harvesting, centrifugation, and processing. This makes the implementation of PRP in small surgeries difficult, as treatment time is an important aspect of effective patient care. The most crucial drawback of PRP is the length of time in which growth factors are released once introduced to a surgical site. Clinical research has shown that the release of growth factors from PRP is much faster than the release rate shown in S-PRF™, A-PRF™ & I-PRF™ [8]. It has been suggested that a preferential release of growth factors may be obtained by a more slowly releasing curve over time, opposed to a quick and short burst, as found using PRP [8-10]. This slow release of growth factors through the entire healing process is essential for proper wound healing as various cells preform different functions during the various stages of healing [18,32]. The desire to create a more optimized method of reintroducing growth factors over a longer period resulted in the creation of PRF: the next generation of platelet wound healing.

The creation of PRF was a direct response to the drawbacks and limitations of PRP in regenerative medicine. In the early 2000’s the objective of many researchers was to create a method of delivering growth factors without the use of anti-coagulates or other foreign additives [11]. One of the doctors at the forefront of this research was Dr. Joseph Choukroun, a pain management specialist from France. Dr. Choukroun is responsible for conducting countless studies on wound healing and tissue grafting and is credited with the invention of L-PRF, Advanced A-PRF™,Injectable I-PRF+™, and Sticky Bone S-PRF™. Dr. Choukroun initially tested various spin protocols at relatively high speeds without the use of additives. This research resulted in a three-dimensional fibrin matrix, termed L-PRF™ [12-14]. Unlike PRP, the elimination of anti-coagulants enabled clinicians to create PRF as both a fibrin clot as well as acellular plasma. Within the fibrin matrix are varieties of platelet growth factors responsible for controlling the wound healing process [18].

When evaluating the concentrations of growth factors within PRF, it is important to examine their biological roles in regards to wound healing. PRF contains TGF-beta, a known agent responsible for the rapid proliferation of various cell types found in the oral cavity [15, 16]. Another important growth factor is PFGF, an essential regulator for the migration, proliferation, and survival of mesenchymal cells. The third important growth factor in PRF is VEGF, responsible for angiogenesis and future blood flow to damaged tissues [17]. Research has shown that the concentration and release rate of these growth factors plays a tremendous role in wound healing [18]. Knowing this, Dr. Choukroun set out to create optimized centrifugation parameters, which allows for the creation of a highly concentrated fibrin matrix that has a slower rate of growth factor release. After years of research examining the impact of spin speeds and spin time on the structure of PRF, Dr. Choukroun developed new centrifugation parameters using the low-speed centrifugation concept (LSCC). This concept states that, at lower rotational speeds, the concentration of growth factors increases due to a reduction in cell “pull down” [19]. Since the discovery of LSCC, researchers have tested various centrifugation speeds and exposure times and have monitored the changes to cell structure and density. This research into protocol optimization led to the discovery A-PRF™, I-PRF+™, and S-PRF™ which were developed using the LSCC. 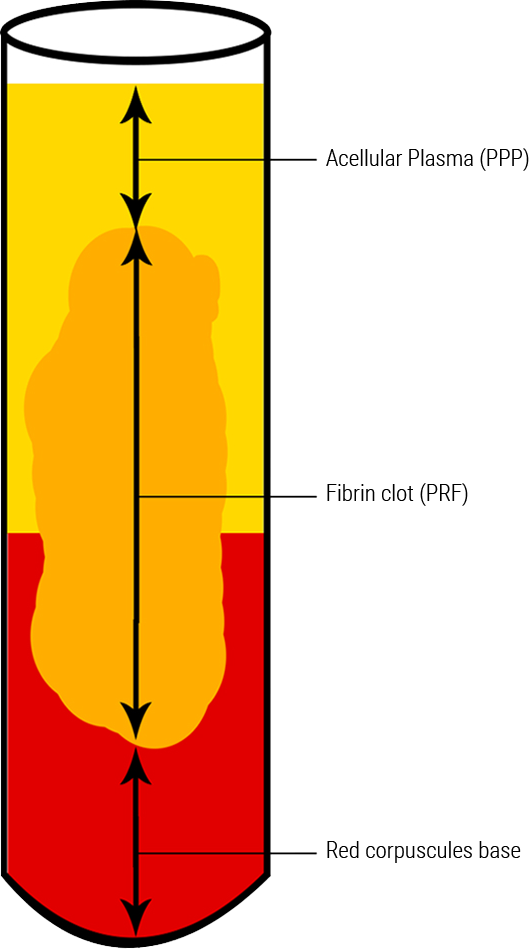 To understand the advantages of A-PRF™, S-PRF™, I-PRF™ it is important to understand what is happening when blood is subjected to the forces of centrifugation. When blood is spun within a centrifuge, a g-force is applied to the collection tubes due to the rotation of the centrifuge rotor. As a result, the blood within the collection tubes is subjected to the same force, driving growth factors to the bottom of the collection tubes. The faster the rotational speed, the larger the force applied to the blood within the tubes. Therefore, a reduction in the centrifugation speed results in a reduction of the force driving cells downwards towards the bottom of the tube (Figure 1.1) [19]. After a fibrin membrane is created using centrifugation, the bottom of the clot that is dense with red blood cells is removed before introducing the clot to a surgical site with LSCC protocols. The migration of growth factors to the bottom of the clot is minimized, resulting in less growth factors being removed during processing [20].

The reduction in growth factor removal during processing produces a highly concentrated PRF clot, which has many benefits when compared to PRP and L-PRF™. New A-PRF™,S-PRF™ & I-PRF+™ have shown a higher total release of growth factors when compared to PRP over a 14-day period. It has also been shown that both A-PRF and A-PRF+ have significantly higher levels of human gingival fibroblast migration and proliferation when compared to L-PRF™ [20]. In a study conducted by Dr. Choukroun and his colleagues, it was also shown that the use of LSCC increased growth factor release of TGF-beta1, PDGF-AA, PFGF-AB, PDGF-BB, VEGF, IGF, and EGF when compared to high-speed protocols [20]. This change in growth factor concentration and release time is what separates A-PRF™,S-PRF™, and I-PRF+™ protocols from older methods of blood centrifugation, such as those implemented by PRP and L-PRF™.

The indications of A-PRF™, I-PRF+™,and S-PRF™ are widespread and include the following applications:

The Process for PRF System

The use of A-PRF™,I-PRF+™, and S-PRF™ pose a variety of advantages that benefit both patient and clinician. Listed below are some of the advantages that the Process for PRF system can provide to your practice:

PRF as a Tool For Clinical Success 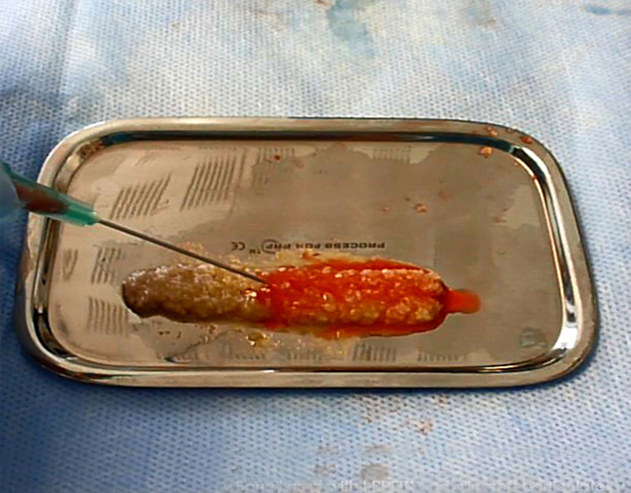 Using A-PRF™, S-PRF™ & I-PRF+™ ensures that you are providing your patients with the highest likelihood of surgical success, especially when the health of the patient is not ideal. During challenging procedures, A-PRF™, S-PRF™ & I-PRF+™ can be used to not only improve surgical results, but also ease the difficulty of performing surgical operations. The combination of grafting materials with A-PRF™ exudate & S-PRF™ yields a material called “sticky bone”; a jelly-like matrix of grafting particulate and solidified acellular plasma (Figure 1.2)[25]. This unique material provides surgeons with optimal graft handling characteristics, making the transportation and application of grafting materials simple and predictable. A-PRF™ fibrin clots can be manipulated using the A-PRF Box MK2. This devise allows for the creation of both fibrin membranes, cylindrical plugs & ponchos that can be used as barrier membranes [22].

The use of I-PRF+™ for facial injections is becoming a popular alternative to current PRP and Botox® treatments for a variety of reasons. I-PRF+™ provides a natural and safe alternative to traditional injection fillers, which allows clinicians to inject the site directly with growth factors to stimulate collagen growth without the fear of toxicity or infection [32]. The injection of I-PRF+™ creates a microenvironment capable of slowly releasing growth factors over an extended period. Leukocytes from the I-PRF™ provoke the physiological inflammation process by secreting an increased concentration of leukocyte growth factors. The advantages of I-PRF+™ are also seen in orthopedics. I-PRF+™ is becoming a popular option with orthopedic surgeons as an alternative to PRP. This is because of the low inflammatory response caused I-PRF+™ and the addition of lukocytes which aids in the healing process. I-PRF+™ can be injected safely into knees and other joints without risk of infection or pain.

The Process for PRF Systems 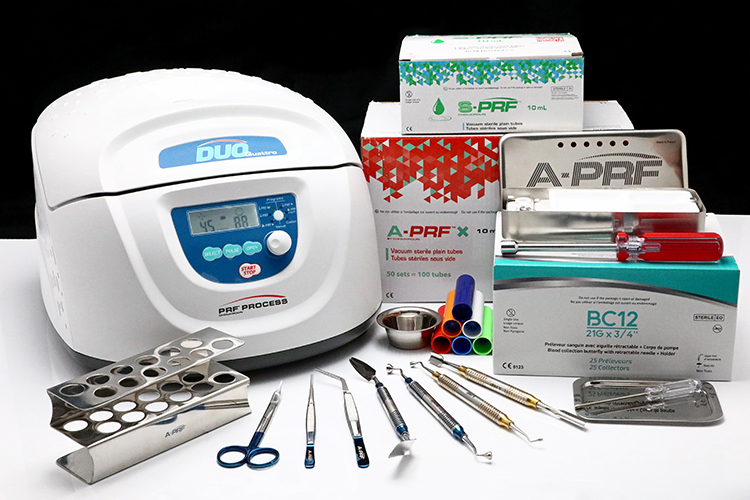 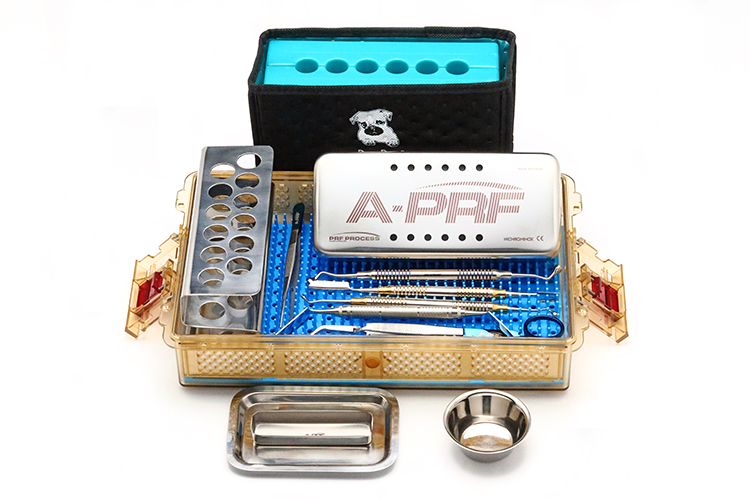 L-PRF™ is a registered trademark of Intra-Lock®International Inc. 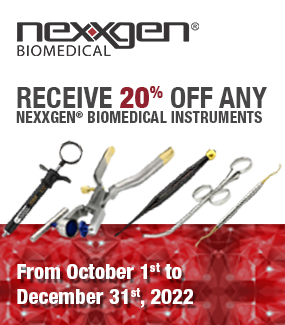 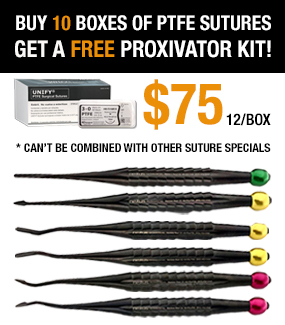 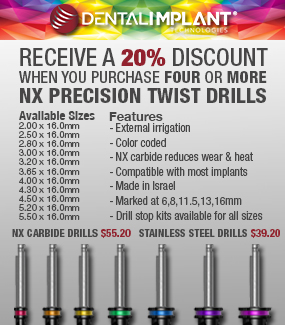 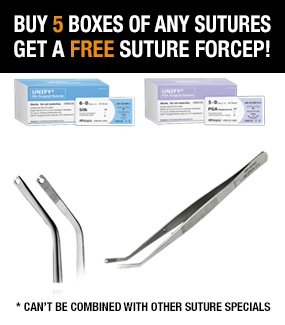